CHAPTER SUMMARY
In Arctic waters, any discharge into the sea of oil or oily mixtures from any ship shall be prohibited. Operations in Polar Waters, in accordance with MARPOL Annex I, must take into account procedures for oil or oily mixtures which must be documented in the Oil Record Books, manuals, and the shipboard oil pollution emergency plan or the shipboard marine pollution emergency plan. Additionally, there are specific structural requirements for ships operating in Polar Waters. See the full text of Chapter 1 below.

The Alaska Network is a non-profit organization governed by industry representatives and funded by participating vessel owner/operators that provides vessels operating in Western Alaska and the U.S. Arctic with best management practices and response capabilities.  The Network has over 450 vessel companies from around the world representing over 3,500 vessels enrolled in its programs.

AINA is a partner in a 4 year project - GENICE - which is to address the need to develop preparedness and response strategies for fuel spills in Arctic waters. The project brings together a broadly interdisciplinary and multi-sectoral team to combine cutting-edge genomics, analytical chemistry, and sea-ice geophysics with economic, policy and end-user expertise to focus on the role of and potential for bioremediation of fuel spills in the Arctic marine environment. The overarching objectives of the project are to generate baseline microbial genomics data for the Hudson Bay Corridor, conduct a series of bioremediation viability case studies, develop recommendations on technology-based emergency spill response strategies, and define best practices for knowledge sharing, capacity building for spill-response, and policy development; each of these objectives is informed by genomics.

This work is relevant to the Polar Code Part IIA: Pollution Prevention Measures Chapter 1. Prevention of Pollution by Oil in particular and outcomes could potentially be used to support decision making with respect to response to incidents and counter-pollution activities such as oil pollution combating strategies, spill response, pollution prevention equipment for ships, and shipping route designation.

Hyperlink: http://nsidc.org/noaa/iicwg/
For Arctic shipping, the website of the International Ice Charting Working Group (IICWG) most importantly provides contact information for all of the national ice services in the world, including 24/7 emergency access to ice information. Additionally, the site provides information about IICWG activities, summaries and presentations from annual IICWG meetings, documents on standards, and links to other ice information sites.

The Bonn Agreement technical working group OTSOPA keeps the Manual under review to ensure that best available technologies are being used.
Hyperlink 2: Bonn Projects
To facilitate the work of the Contracting Parties in preventing, and responding to, pollution incidents in the North Sea, The Bonn Agreement is involved in projects which further it’s operational and strategic aims. BE-AWARE I and BE-AWARE II produced the first area-wide risk assessments of marine pollution in the North Sea and the potential impacts of a pollution incident. HNS-MS, ARCOPOL, MARINIER and MARPOCS are related, but external projects intended to aid in the preparedness and response capability to Hazardous and Noxious Substances (HNS) spills.

Inside Projects
Hyperlink 3: North Sea Manual on Maritime Oil Pollution Offences
The manual describes the authorities and procedures involved in prosecuting discharge offences at sea focusing on the international aspects and practice in Bonn Agreement countries. (January 2010 English only).
Hyperlink 4: Response to Incidents
Despite efforts to increase maritime safety there will always be the risk of incidents. With a combination of growing levels of maritime transportation and the expansion of other human activities, such as renewable energy development, the risks for the marine environment increase. Contracting Parties therefore aim to improve their joint response to incidents, based on risk assessments, ensuring counter-pollution activities are executed with the best available techniques and equipment.

ITOPF has responded to approximately 800 shipping incidents involving crude oil spilt from tankers, as well as bunker fuel, chemicals and bulk cargoes from all types of ships worldwide. Our highly skilled international team are ready to assist 24 hours a day, 365 days a year to provide objective technical advice on clean-up measures as well as environmental and economic effects.

As a not-for-profit organisation, we have devoted efforts to developing a wide range of technical services to promote effective response to ship source pollution incidents since our creation in 1968. Our five key services are spill response, claims analysis & damage assessment, contingency planning, training and education as well as information.

Our services are provided to our Members (tanker owners) or Associates (other shipowners) and their P&I insurers. We offer also our services at the request of governments and intergovernmental organisations such as the International Oil Pollution Compensation Funds (IOPC Funds).

Our London based team of 35, 15 of whom are available to respond to spills, combined with almost 50 years’ experience, is what makes us truly unique. We are also an advisory service to ensure operators are prepared for emergency situations, including ensuring the information required if an incident occurs can be readily available.

For Essential Information, Additional Useful Information and EMERGENCY CONTACT INFORMATION that will be required In the event of a spill of oil or hazardous and noxious substance, please use the following link: http://www.itopf.com/in-action/emergency-protocol/

For advice in relation to your contingency planning, and for preparing for Polar operations please contact us using the following link:  http://www.itopf.com/contact/

For guidance on Arctic and Cold Climates please see this link: http://www.itopf.com/knowledge-resources/documents-guides/arctic-cold-climates/

Hyperlink 1: The Polar Code: A Regulatory Interpretation Guide
This document provides Loyd's Register guidance on all aspects of the Polar Code (chapter by chapter). For Part IIA Chapter 1, see pages 81 to 82.

Hyperlink 2: Meeting the Polar Code on 1 January 2017: Guidance for Existing Ships (Part IIA)
This document includes information on what steps operators need to take to ensure compliance when operating in polar waters on or after 1 January 2017, when the Polar Code entered into force.

Hyperlink 2: Offshore Vessel Operations In Ice and or Severe Sub Zero Temperatures in Artic and Sub Artic regions (2014).
The purpose of this paper is to provide guidance to operators and charterers of offshore support vessels employed for use in areas impacted by ice or severe sub-zero temperatures with the aim of encouraging high standards of safety and environmental protection for those operating in Arctic and Sub-Arctic regions.

Hyperlink: https://cgmix.uscg.mil/MARPOL/Default.aspx
The purpose of the Coast Guard Maritime Information Exchange (CGMIX) website is to make Coast Guard maritime information available on the public internet in the form of searchable databases. For Ships Operating in the US Arctic and Near Arctic the CGMIX Public Database includes a link to MARPOL Servicing Facilities.

This online searchable database contains a listing of all U.S. Ports and Terminals holding valid MARPOL Certificates of Adequacy (COAs). Ships operating in the Arctic are subject to additional restrictions relating to discharges of Annex I Oil/Oily residue, Annex II Noxious Liquid Substances, Annex V Garbage including food waste, and Annex VI Ozone Depleting Substances and Stack Scrubber residues. U.S. Ports and Terminals are issued Certificates of Adequacy (COAs) as evidence that their facilities meet the requirements of Annexes I, II, and V of the International Convention for the Prevention of Pollution from Ships (MARPOL).

Adequate port reception facilities (PRF) at Arctic and near Arctic ports and terminals are meant to ensure ships can comply with enhanced restrictions on discharges from ships to the sea outlined in the Polar Code. US MARPOL regulations are further detailed in 33 CFR Part158. http://www.access.gpo.gov/nara/cfr/waisidx_06/33cfr158_06.html

Additional resources include: -The World Port Index published by the (US) National Geospatial Agency which provides Marine Safety Information on ports and terminals around the world. This publication gives the location, characteristics, known facilities, and available services of a great many ports and shipping facilities and oil terminals throughout the world and can be downloaded as a PDF document. The data is arranged geographically and is keyed to the applicable Volume of the Sailing Directions and shown on a chart. https://msi.nga.mil/Publications/WPI

The IMO's Global Integrated Shipping Information System (GISIS) which includes databases on pollution prevention equipment for ships and MARPOL port reception facilities. The public, searchable databases are arranged by Member States (including all eight Arctic Council states) and provide contact information for ports and terminals including those in Arctic regions. Information on ships waste management in the form of IMO Guidance can be downloaded from the website for ships and PRF operators. The guidance while not specific to Arctic shipping will be useful for ship operators planning on voyaging in Arctic or near Arctic waters. (MEPC.1/Circ.834.Rev.1) in English, French and Spanish. GISIS Data Base: https://gisis.imo.org/Public/Default.aspx

The Environment Agency of Iceland

The Environment Agency of Iceland

Hyperlink:  https://www.ust.is/the-environment-agency-of-iceland/
The Environment Agency operates under the direction of the Ministry for the Environment. It's role is to promote the protection as well as sustainable use of Iceland’s natural resources, as well as public welfare by helping to ensure a healthy environment, and safe consumer goods. The Agency is responsible for implementing the MARPOL convention.

Hyperlink: https://library.wmo.int/index.php?lvl=notice_display&id=12793#.X7aDi2j0n4Q
The WMO No. 485 Manual on the Global Data-processing and Forecasting System is designed to facilitate cooperation in data-processing and forecasting among Members; to specify obligations of Members in the implementation of the World Weather Watch (WWW) Global Data Processing and Forecasting System (GDPFS); and to ensure adequate uniformity and standardization in the practices and procedures employed in achieving these. Some Regional Specialized Meteorological Centres (RSMC) are defined to cope with Marine Environmental Emergency Response (MEER) and Search and Rescue (SAR) Operations. 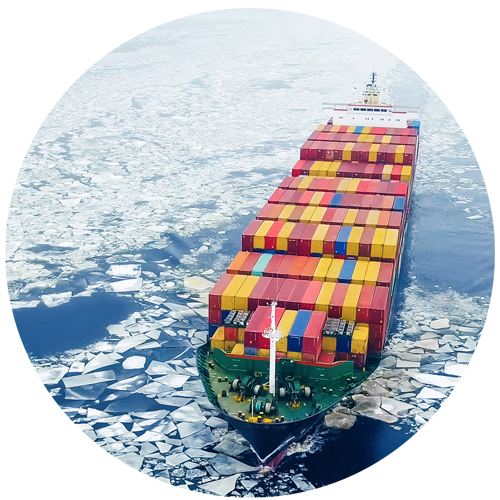 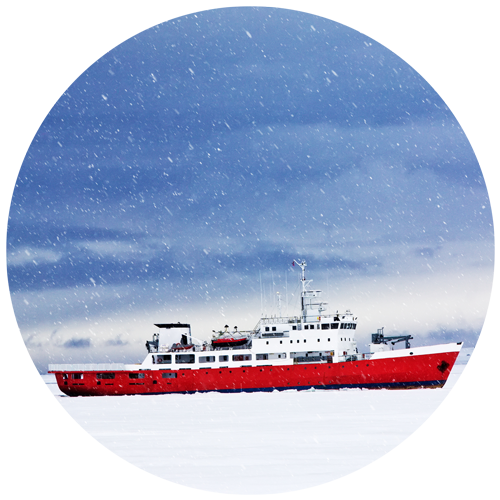