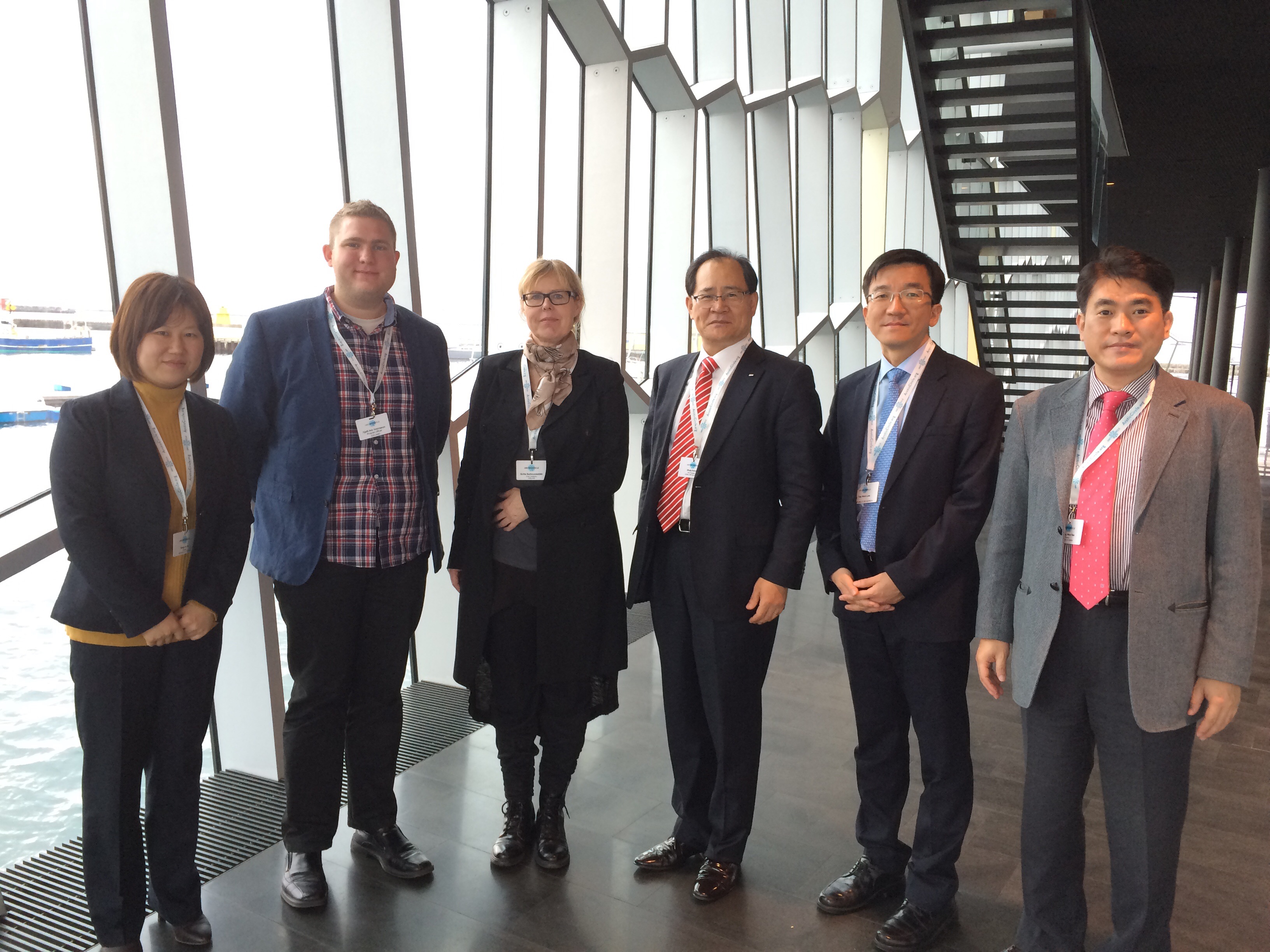 The PAME Secretariat was invited to a meeting with a delegation from the Republic of Korea in November to discuss several issues regarding the PAME working group. Korea is a permanent observer to the Arctic Council.

They delegation was led by Jong-Deong (Justin) Kim director general go the strategy research division of the Korea Maritime Institute, and head of the Polar Policy Research Centre. Also in the delegation was Lee Tae-won, director of the economic cooperation division of the Korean Ministry of Foreign Affairs, Seung Woo Han, director of the department of Policy at the Korea Polar Research Institute and a representative from the ministry of the environment. Odin Kwon, vice president of DSME also attended the meeting.

The meeting was very fruitful and its results are currently being worked on from both ends.

The picture sees representatives from the PAME Secretariat, Soffía Guðmundsdóttir - executive director, and Hjalti Hreinsson, program officer, with the Korean delegation.
Tweet
More in this category: « IMO adopts the Polar Code A successful ABA congress »
back to top