Press release: From Iceland to Scotland in 207 days 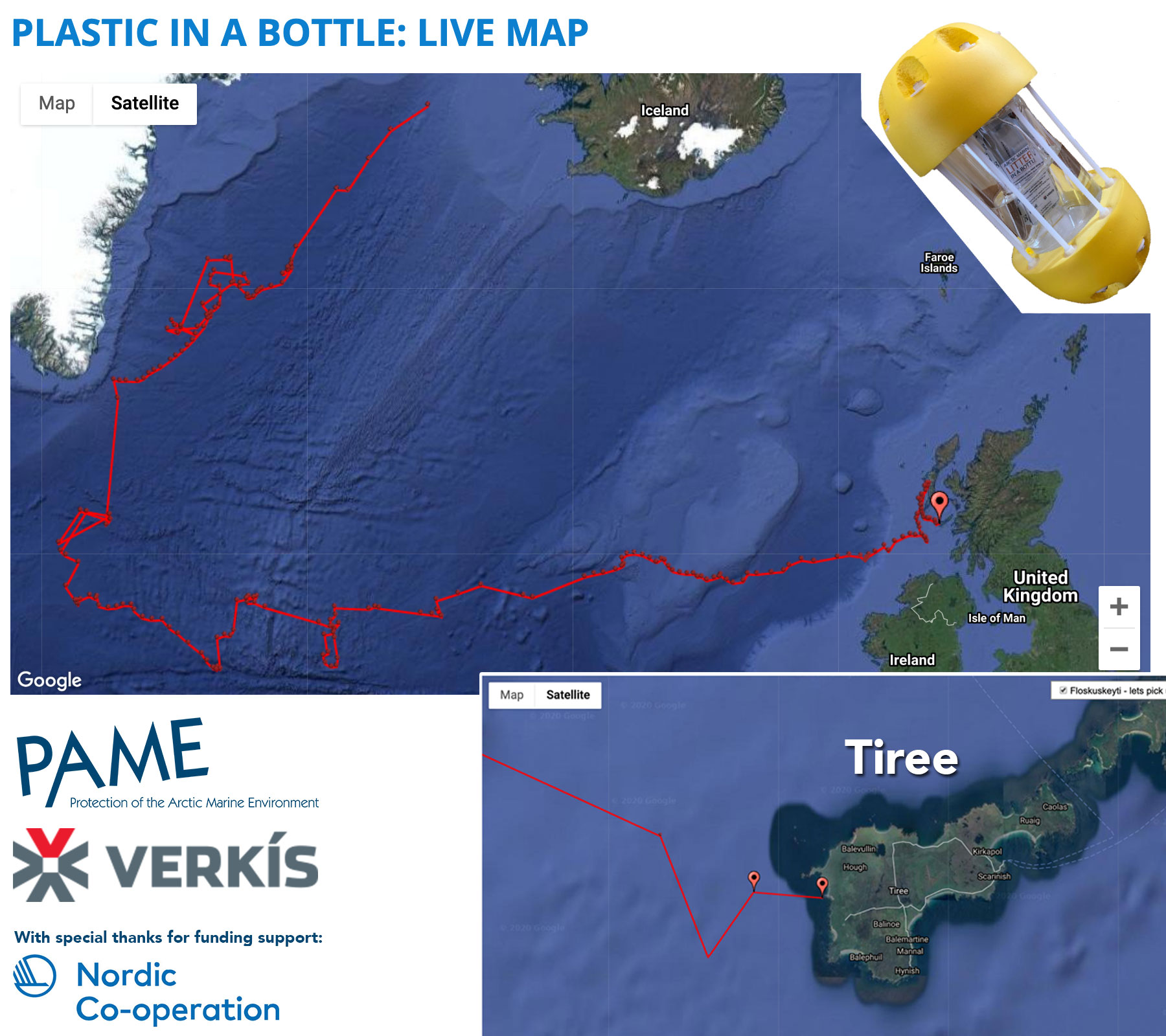 Maps and images are free to use by all.

PAME‘s Plastic in a Bottle capsule travelled around 7.000 kilometers in 207 days before washing on shore in the Isle of Tiree, Scotland today 6 April 2020. The aim of this project is to simulate how marine litter and plastics can be expected to travel far distances into and out of Arctic waters. The capsule was tracked on a live map for the whole journey.

This first plastic in a bottle was sent off the Reykjanes peninsula by Guðmundur Ingi Guðbrandsson, Iceland’s Minister for the Environment and Natural Resources from the Icelandic Coast Guard vessel Thor in conjunction with the PAME II-2019 Working Group meeting in Reykjavík on 12 September 2019. Iceland holds the Chairmanship of the Arctic Council until 2021 and places a special focus on marine litter and plastics in the Arctic.

It was retrieved by Hayley Douglas on April 6th 2020 (pictured). 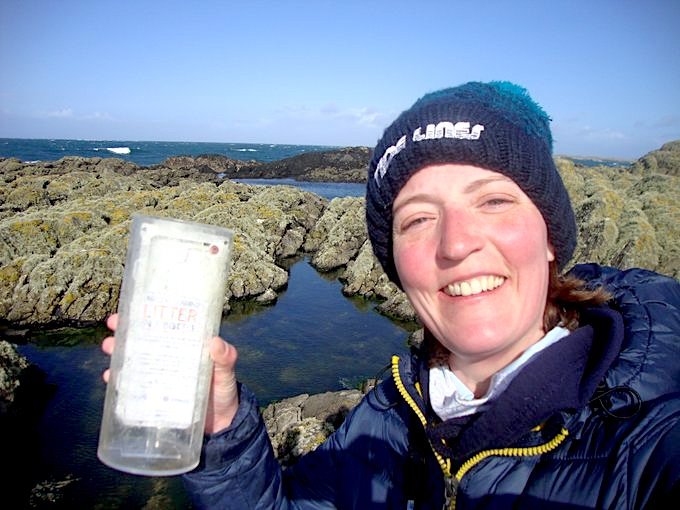 The map showed how the capsule travelled from Iceland, up to Greenland where it circulated for a while, going further south towards Newfoundland, before heading east. It looked like it would reach the shore on South Uist in Scotland, but went on and washed up – notably without its yellow foam coat which was for protection – in Tiree.

This is the second capsule that Verkís has sent out which ends up on the coast of the Isle of Tiree. The beautiful beaches there probably may have some litter originating in Iceland!

PAME will be releasing more capsules, the next one will be in conjunction with a project by the Netherlands. That project is scheduled for the summer of 2020. 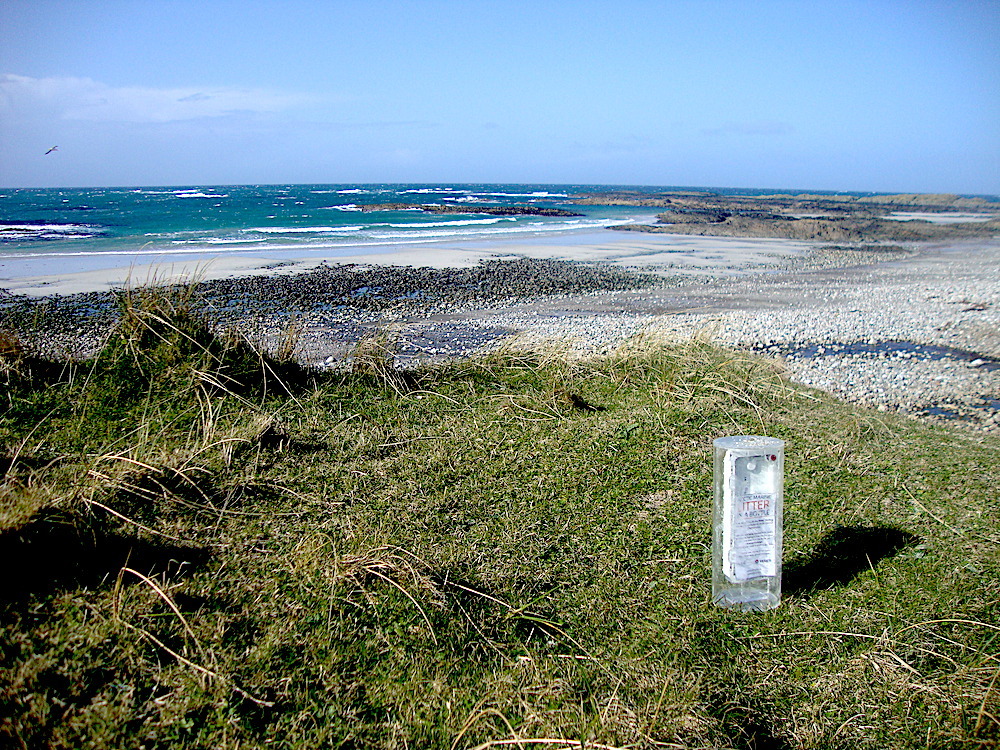 PAME‘s (Protection of the Arctic Marine Environment Working Group of the Arctic Council) launched the first bottle equipped with a GPS transmitter into the Atlantic on 12 September 2019. Called “plastic in a bottle”, the capsule will simulate how marine litter and plastics travel far distances into and out of Arctic waters. The collected data will feed into a regional action plan on marine litter and serve as an outreach tool to create awareness around the growing concerns on marine litter in the Arctic.

The bottles were designed and built by Icelandic engineering firm Verkís. Every day, the GPS transmitter sends a signal allowing viewers to follow the journey of the bottle in real time through an online map on the PAME website.