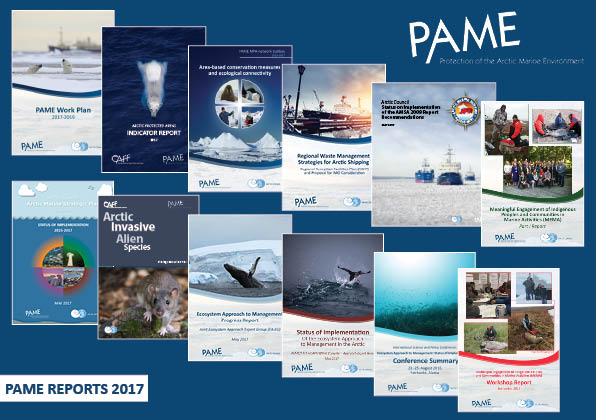 The tenth Ministerial Meeting of the Arctic Council took place in Fairbanks, Alaska, USA from May 10-11, 2017. PAME has released 15 documents to the meeting where the Foreign Ministers of the eight Arctic States convened, together with delegations from the Council's indigenous Permanent Participant organizations. The meeting saw the Chairmanship of the Arctic Council pass from the United States to Finland.

The PAME deliverables for the 2017 Ministerial Meeting are the following:
Reports for approval:
Reports for information:

Tweet
More in this category: « PAME session in science conference Inaugural Meeting of the Arctic Shipping Best Practices Information Forum »
back to top