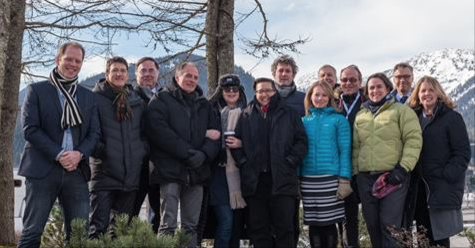 Senior officials from the Arctic Council’s eight Member States and six indigenous Permanent Participant organizations (PPs) met in Juneau in preparation for the upcoming Fairbanks Ministerial meeting, which will take place in May 2017. PAME participated in the meeting and presented on its work.

Below is a press release from the Arctic Council after the meeting.

Senior officials from the Arctic Council’s eight Member States and six indigenous Permanent Participant organizations (PPs) met in Juneau in preparation for the upcoming Fairbanks Ministerial meeting, which will take place on 11 May 2017.

"At this week's meeting we reviewed the impressive body of work completed by the Working Groups and Task Forces over the past two years. These initiatives underlined the significant and growing role the Arctic Council plays in the sustainable development and environmental protection of the Arctic, and its work to improve the lives of those in Arctic communities. The meeting also leaves us poised for a successful Ministerial meeting in May, when the Chairmanship of the Council will transfer from the United States to Finland," said Ambassador David Balton, Chair of the Senior Arctic Officials.

At this meeting, the Senior Arctic Officials approved and welcomed a wide array of projects and reports of the Council’s Working Groups and Task Forces in preparation for the upcoming Ministerial meeting, including:

Mr. Kitack Lim, Secretary-General of the IMO, also attended the meeting, providing an update on the IMO’s Polar Code. The Arctic Council Observers also delivered brief remarks during the meeting.

At the meeting, Finland unveiled the program for its 2017-2019 Chairmanship of the Arctic Council, which focuses on addressing the effects of climate change and fostering sustainable development. The proposed priorities include environmental protection, meteorological cooperation, connectivity, and education in the Arctic.
Tweet
More in this category: « Record number of participants at PAME I-2017 PAME session in science conference »
back to top