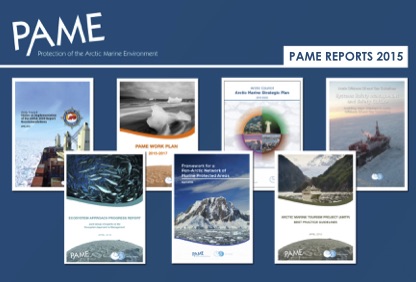 The following are the PAME deliverables to the ministerial meeting:


Tweet
More in this category: « Call for papers for 2015 international conference on Arctic shipping (ShipArc 2015) Interview with the new chair of PAME »
back to top