In the Iqaluit Declaration, dated September 18, 1998, Arctic Council Ministers adopted the Regional Programme of Action for the Protection of the Arctic Marine Environment from Land-based Activities (RPA). The RPA is a dynamic programme of action that uses a step-wise approach for its development and implementation. It is the regional extension of the Global Programme of Action for the Protection of the Marine Environment from Land-based Activities (GPA). The GPA is designed to be a source of conceptual and practical guidance to be drawn upon by regional and national authorities in devising and implementing sustained action to prevent, reduce, control and eliminate marine degradation from landbased activities. This is to be done within the framework of integrated management of coastal zones and, where appropriate, their associated watersheds.

Since the Iqaluit Declaration, there have been many developments that affect the RPA, several of which have arisen from Arctic Council activities. For example, the Arctic Climate Impact Assessment (ACIA) has led to an awareness of the vulnerability of the northern environment to the effects of climate change. The Arctic Human Development Report (AHDR) stressed the importance of maintaining environmental quality as an element of a more stable and sustainable Arctic economy. The Arctic Monitoring and Assessment Programme (AMAP) Working Group conducted further Arctic environmental assessments in 1998 and 2002 related to heavy metals, radioactivity, hydrocarbons, human health and changing pathways in light of climate change. The Russian National Programme of Action (Russian NPA – Arctic) has also made progress in its work since its approval in 2001. Finally, the Arctic Marine Strategic Plan developed by the Protection of the Arctic Marine Environment (PAME) Working Group was endorsed by the Arctic Council Ministers in 2004. This strategic plan provides a framework for the protection of the Arctic marine environment, in which the RPA is an essential component.

Other important developments that have affected the RPA include intergovernmental actions outside the Arctic Council, such as the United Nations Economic Commission for Europe (UNECE) Long-Range Transboundary Air Pollution (LRTAP) Protocols on Persistent Organic Pollutants (POPs) and Heavy Metals, both of which came into force in late 2003, as well as the Stockholm Convention on Persistent Organic Pollutants (POPs), which came into force in 2004. In addressing both existing and emerging challenges in a more efficient way, the Arctic Council adopted the Arctic Marine Strategic Plan in 2004, which promotes the application of integrated ecosystem-based approaches. This is consistent with the GPA, which promotes the links between fresh water management and the management of coastal and large marine ecosystems.

In the context of the above and other related changes, Arctic Council Ministers, in their Salekhard Declaration of October 26, 2006:
- Request PAME to review, update and expand the Regional Program of Action, where necessary, and possibly restructure it to allow for more rapid response to developments and opportunities,
- Recognize the importance of National Programs of Actions as components of the RPA implementation phase, and note the progress in
the implementation of the Russian NPA - Arctic.

The RPA recognizes the continually evolving situation in the Arctic environment and the need for an integrated approach using the experience and knowledge of all the Arctic Council Working Groups. In particular, AMAP will be invaluable in assessing and monitoring environmental changes. Concern over habitat damage and destruction is a shared responsibility with the Conservation of Arctic Flora and Fauna (CAFF) Working Group. Dealing with the prevention, preparedness and response to environmental emergencies from human activities and natural disasters is a related mandate of the Emergency Prevention, Preparedness and Response (EPPR) Working Group. In addition, the objectives for the RPA complement those of the Sustainable Development Working Group (SDWG) and the Arctic Contaminants Action Programme (ACAP) Working Group.

In collaboration with Arctic Council Working Groups, new developments can be identified on a timely basis and brought forward by PAME to the Arctic Council for its consideration. The RPA will be reviewed and updated as needed to reflect emerging changes in the Arctic and to coincide with the Intergovernmental Review process of the GPA. It is expected that the RPA will remain an important programme for Arctic 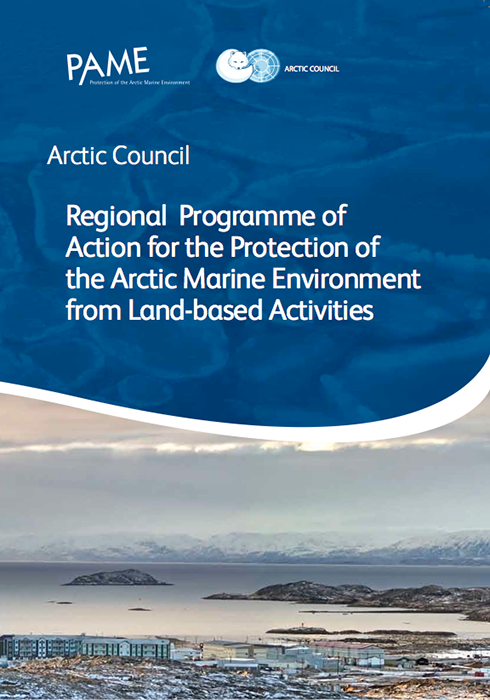 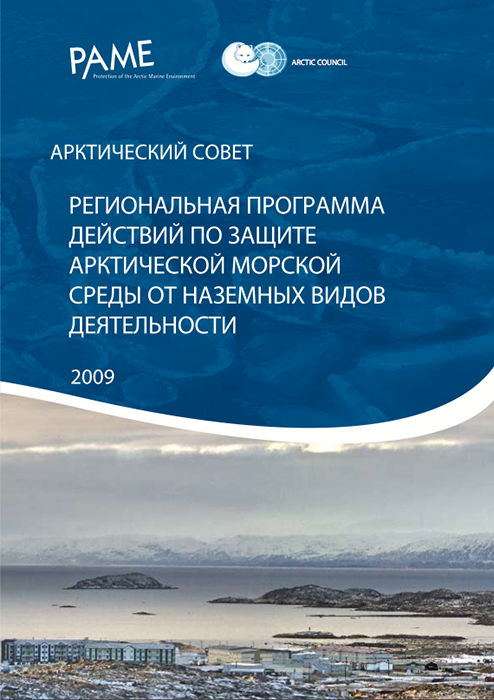 Regional Programme of Action for the Protection of the Arctic Marine Environment form Land-based Activities, September 18, 1998 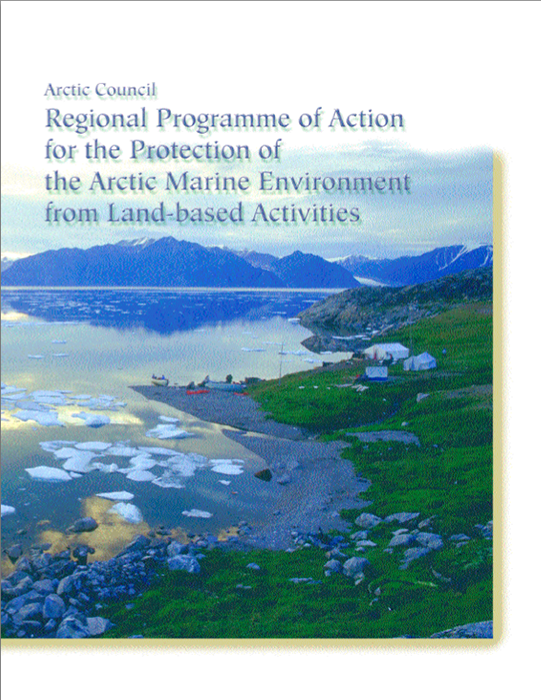 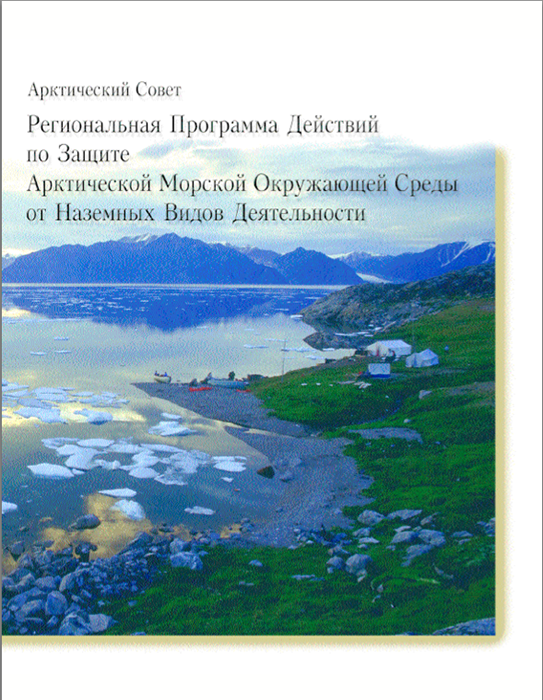 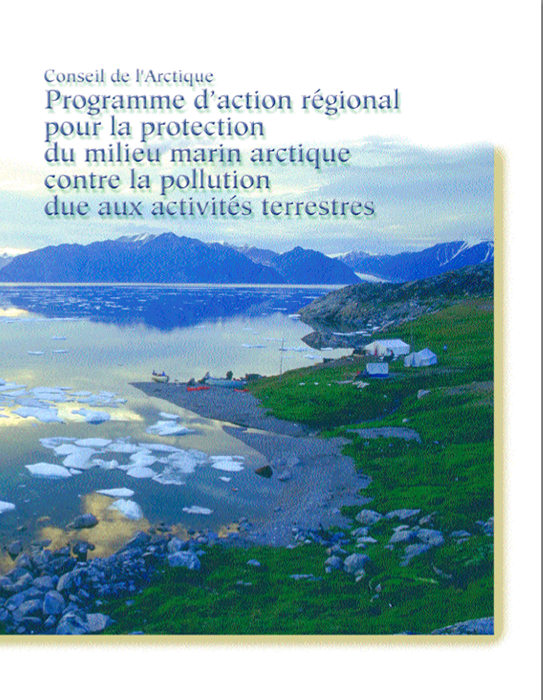 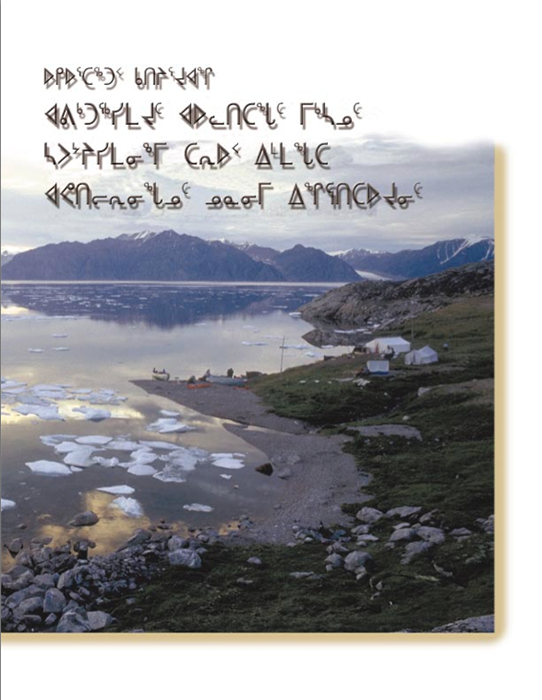