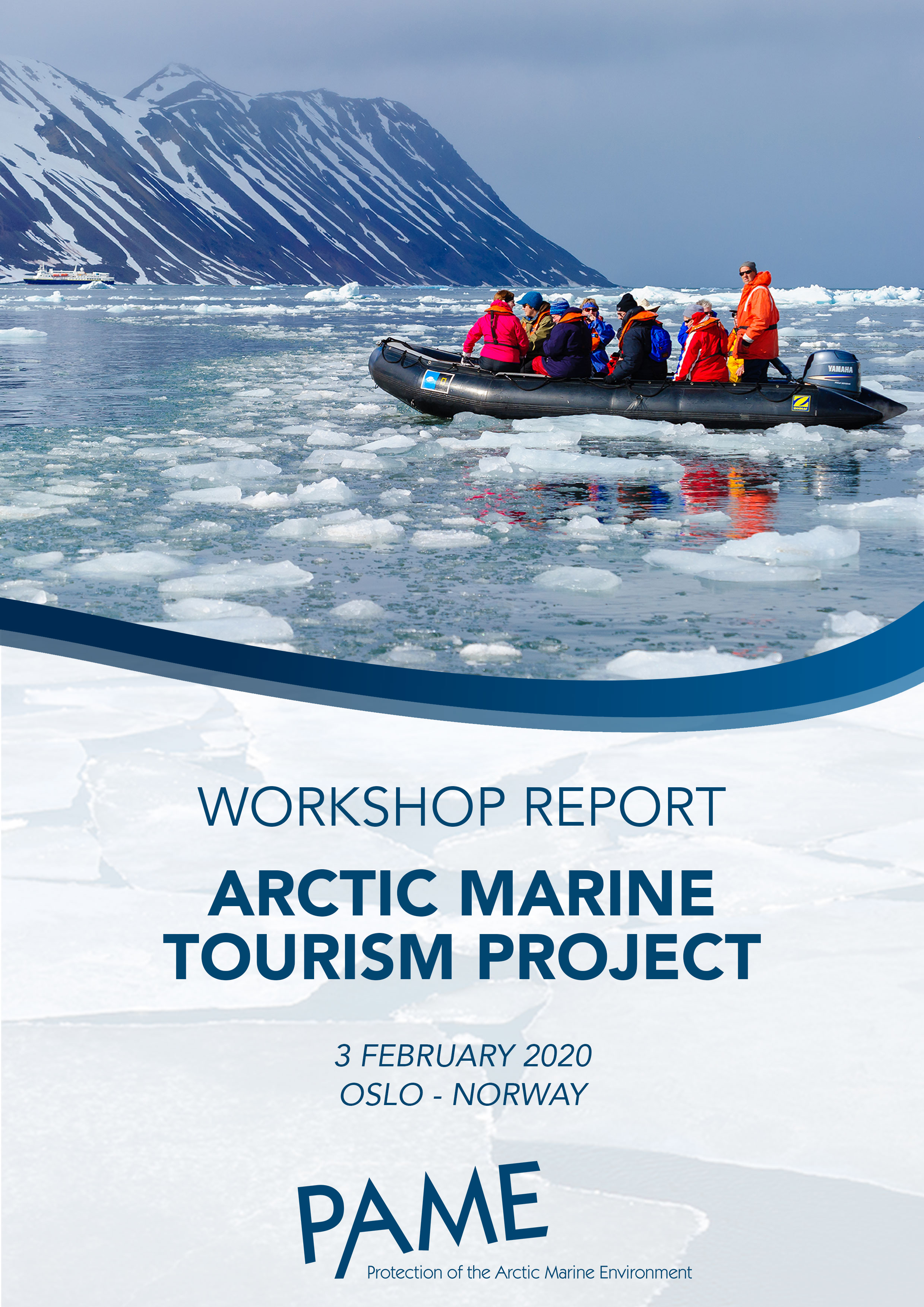 PAME has worked on the topic of Arctic Marine Tourism since the AMSA 2009 Report was approved. PAME currently has a project called “Arctic Marine Tourism: Development in the Arctic and enabling real change.” The project is co-led by Canada, Iceland and the United Kingdom.

This project will follow up on recommendations contained in the Arctic Marine Tourism Project: Best Practice Guidelines (AMTP 2015).

The main activities include:

The final product will be a summary report with recommendations on next steps, for Ministerial approval in May 2021, and an online repository of information collected for the purposes of the project.

A project workshop was held in February 2020. Click here for the workshop site. 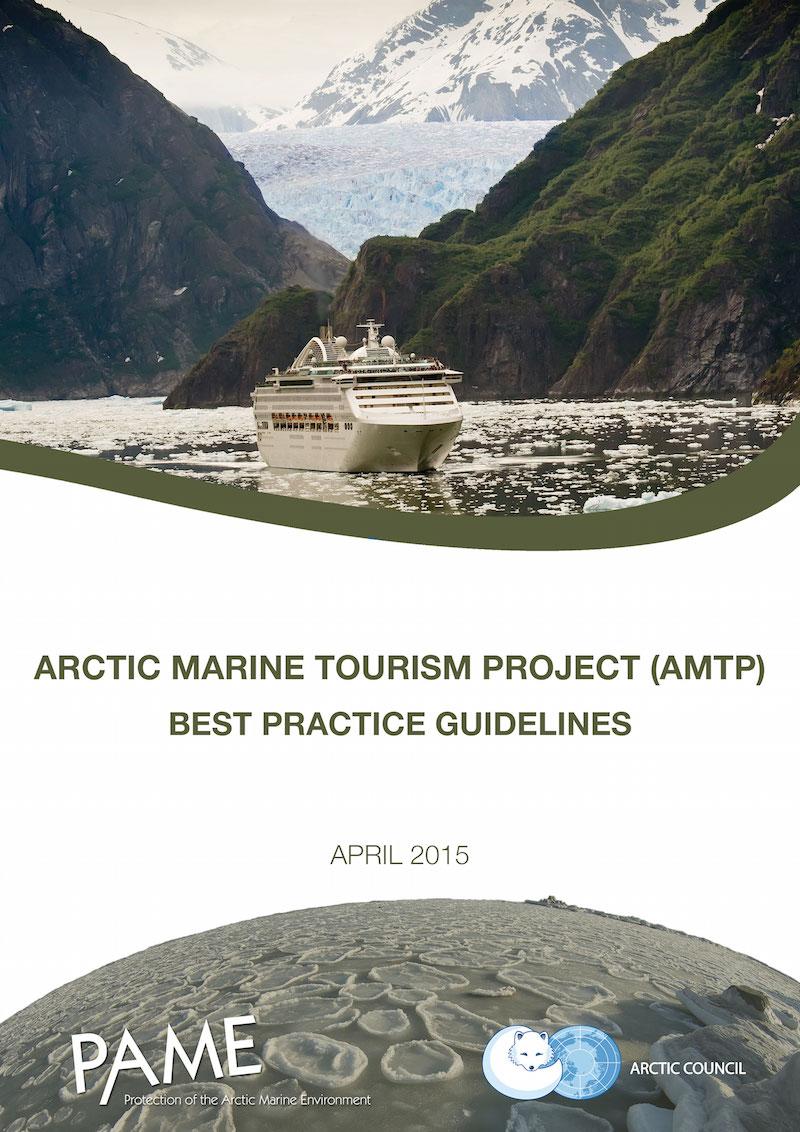 2015: Arctic Marine Tourism Project (AMTP) is the first project in a potential suite of renewed efforts by the Arctic Council to analyze and promote sustainable tourism across the circumpolar Arctic. PAME therefore organized workshops to identify issues or gaps where the Arctic Council can add value by articulating best practices in relation to vessel-based Arctic tourism.

The result of this project is a best practices document that:

The final report was released in 2015 and introduced at the Arctic Council ministerial meeting in April.

In the context of the AMTP ‘Arctic marine tourism’ is understood to include activities or interactions that are in some way facilitated by (though not limited to) the operation of a vessel in Arctic waters. While a convenient shorthand, it is recognized that the term does simplify an otherwise diverse industry and range of activities that reflect many regional and geographical variations. 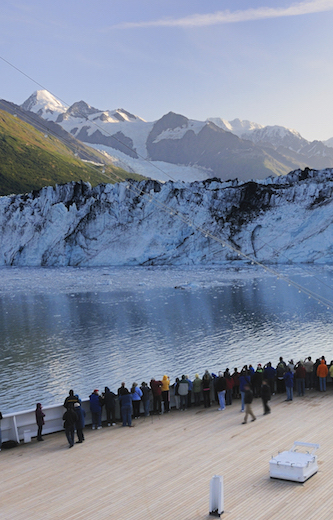 Accordingly, unless otherwise specified, the best practice guidelines that follow are intended for broad application and not necessarily exclusive to vessel operators, but rather the coastal administrations and local communities directly involved in aspects of Arctic marine tourism as well. ‘Sustainable Arctic tourism’ is given the same definition used by the Arctic Council’s Sustainable Development Working Group (SDWG) in the Sustainable Model for Arctic Regional Tourism (SMART) Report to mean “tourism that minimizes negative impacts and maximizes socio-cultural, environmental and economic benefits for residents of the Arctic”.

No specific geographical limit for the Arctic is used in the context of the AMTP as neither PAME nor the Arctic Council has established a single use definition of the area. Rather, because the best practice guidelines contained below are not predicated on geographic boundaries, Arctic States are encouraged to determine their appropriate range of applicability within areas subject to their respective national jurisdictions. It is also anticipated that responsible operators will employ these best practice guidelines as appropriate when in the high seas areas of the Central Arctic Ocean.

The AMTP best practice guidelines is a voluntary document encouraging action on behalf of the Arctic Council, Arctic States, and in some instances collaboration between the two, and is meant to strengthen, not preclude, the range of existing mandatory requirements and voluntary policies and guidance currently in place to support sustainable Arctic marine tourism issued by levels of government, industry, industry associations and the NGO community. 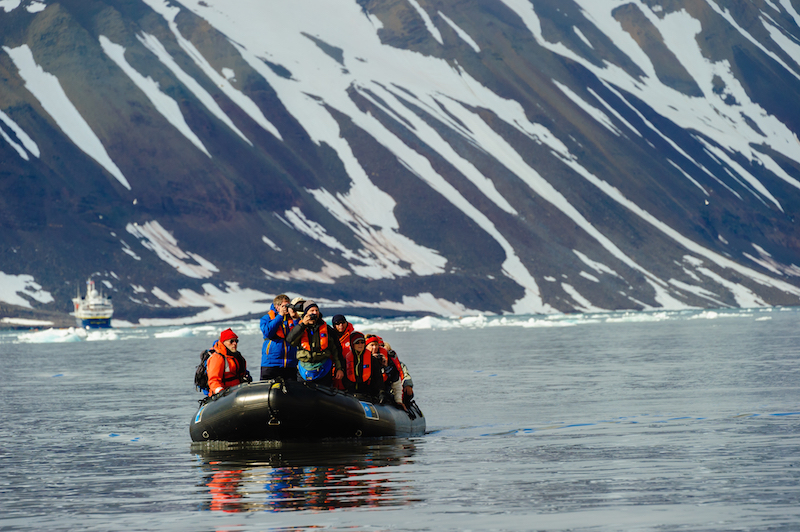 The Arctic Marine Shipping Assessment (AMSA) Report notes that passenger and cruise vessel activity represents a significant proportion of vessel activity in the Arctic and that such activity is growing. The AMSA Report also emphasize the significant management challenges posed by the continued increase in this traffic, including those pertaining to passenger safety needs and protection of the Arctic marine environment from sinkings, groundings, and pollution.

AMSA Report Recommendation I(D) provides that Arctic states should "... and strongly encourage cruise ship operators to develop, implement and share their own best practices for operating in such conditions, including consideration of measures such as timing voyages so that other ships are within rescue distance in case of emergency."

To advance the implementation of this recommendation the PAME Working Group has sought information on cruise industry and Arctic State best practices and standards related to safety and environmental protection in an effort to develop a consolidated summary of best practices for cruise ships operating in the Arctic.

The Arctic Marine Tourism Project (AMTP) represents the first project in a potential suite of renewed efforts by the Arctic Council to analyze and promote sustainable tourism across the circumpolar Arctic. Organized through the Protection of the Arctic Marine Environment (PAME) Working Group, the AMTP will focus on aspects of shipborne tourism that fall outside the responsibility of the International Maritime Organization (IMO), and will result in the convening of two dedicated workshops, ongoing intercessional work, and the creation of a final report for endorsement by Arctic Council Ministers.

Accordingly, AMTP is a project being undertaken by the Protection of the Arctic Marine Environment (PAME) Working Group with the aim of addressing the subset of topics related to sustainable Arctic tourism that fall within the mandate of PAME, and that are based upon needs and priorities identified within:

Acknowledging the efforts previously undertaken by the Arctic Council (particularly by the Sustainable Development Working Group in the advancement of the SMART project), and prompted by a concept paper submitted to PAME I 20134, the AMTP represents the first of a potential suite of renewed efforts organized across the Arctic Council to address elements of sustainable Arctic tourism through stand-alone initiatives.